How To Scale Or Automate Your Software As A Service Demo 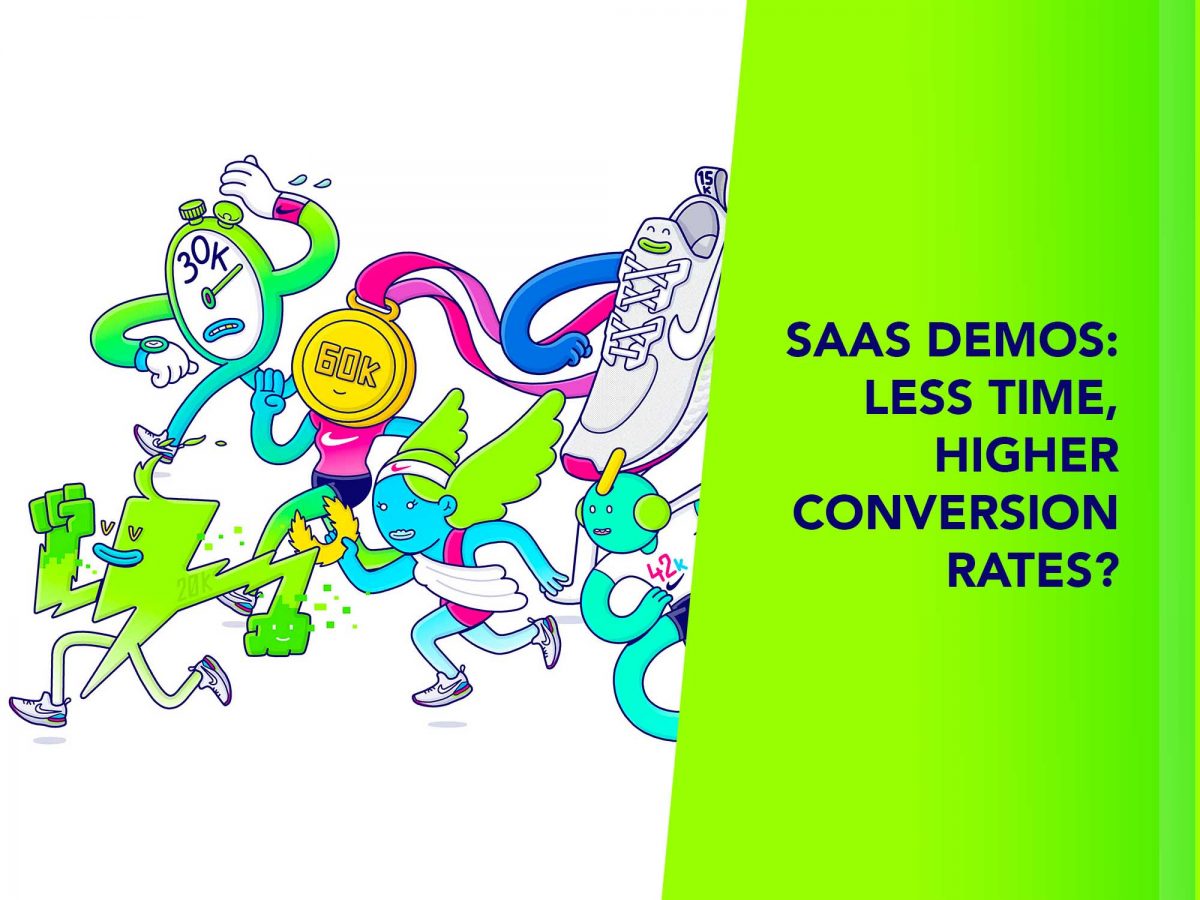 I was replying to this question and the answer became pretty long — an article in itself.

I’ll link the original post below, feel free to skip it if you’re short on time.

The context of the question

Demos are required in order to educate the customer and explain the core features and differentiators . Current sales cycle is approx. 3 – 12 months ($100k+ per deal) and we speak to at least five different stakeholders per prospect.Quite a laborious exercise…

When thinking about scaling our product demo, there are two steps which are of importance to me. Its not about doing 100 instead of 10 demos a week (I wish demand would be that high!). Its more about becoming more efficient and closing your deals in less time. Plus, serving smaller businesses with automated demo as they tend to demand as much time as a large corporate customers, for comparably little return = more time to focus on the big deals.

In my opinion there is a clear need to automate and scale the demo business, but I’m worried the lack of personal interaction will have negative impact on the relationship – especially during the discovery phase. Feedback appreciated!

I got this article that I’ve written and is highly relevant here.

The concept I describe is, in short, serving a slightly different website based on the level of interaction your possible customer has had with you. In your case:

“How do you make sure people actually see the right piece of content that is aligned to their needs, rather than a generic video which does not resonate with their pain points?”

By making them select their way into the right piece of content. Let me explain.

In the end everyone business has got the same “pain point” which is they want to make more money (roughly). That’s the last common denominator of all businesses. It’s harder for me to say this without knowing your industry/niche but depending on what it is, your customers have a “higher” common denominator than just making money.

In yours, it might be somethin else. Something that burns both to the small and the big leads — the last point in the road before the bifurcation between small and big leads.

I’d point at that pain of theirs (more below. see: the last quoted bit) and then make them select their way into the relevant demo video. Just an as-simple-as-possible, big button, 3/4/5 question pop-up or screen where the questions are made to deem whether they’re meant to see one sort of demo you give or another.

Like a video game or a choose-your-own-adventure book. You have 3 different paths (let’s just say there are 3 types of demos you give) and people select their way into the relevant one — you called them storyboards but we’re talking about the same thing.

“Like a link you could send them which they will share internally with all other stakeholders, that is providing a snappy summary of your system and how it is solving their needs?”

The deeper you go with the explanations, the more you can cut them into micro-pieces. I always say how the website of a SaaS is, in most B2B cases, not a “for all dummies” explanation. Rather it should be:

This becomes relevant because once the demo clicks for the first stakeholders you get in touch with, they can explain it to the other in a faster manner — much like you said.

I’ve been writing daily for months and my answers to questions are either copy-paste from something I’ve written before or becoming a new article in itself. Micro-content pieces that are just taken from a bigger pie.

“If so, what is your experience – does this lack of personal contact reduce your number of leads?”

Whether it reduces the personal touch or not depends on one thing: “clickbaiting” them in the first place.

I saw a very good demo the other day on a company’s website, I’m very sour that I didn’t save it but it might’ve been this one: https://www.superphone.io/ — What this company does, in short, is they offer a CRM platform so that you can reach your fans via text. That is, if you’re a celebrity.

The story is long and complicated so they just show it in action with the visual benefit — the conversation where the fans are dying to get pre-access to the artist’s special thing.

Think YouTubers making a science out of clickbait. These people would study the most enticing idea of their video and then set the most catchy frame as a thumbnail — that’s obviously just a tiny aspect of the whole deal but hey, you clicked on the video. (Example: unboxing therapy, the guy is killing it solely because of clickbait)

So I’d say if you make this clickbait and then the self-selection thing, it should be ok. You know how people always say they prefer human interaction over bot support? Yeah, not really I live in London and when I first got here, I got annoyed by the long-story courtesy of some phone customer service people. The rank of preference for myself quickly became: