Want Your SaaS To Reach 9 Digits in ARR? Do This. 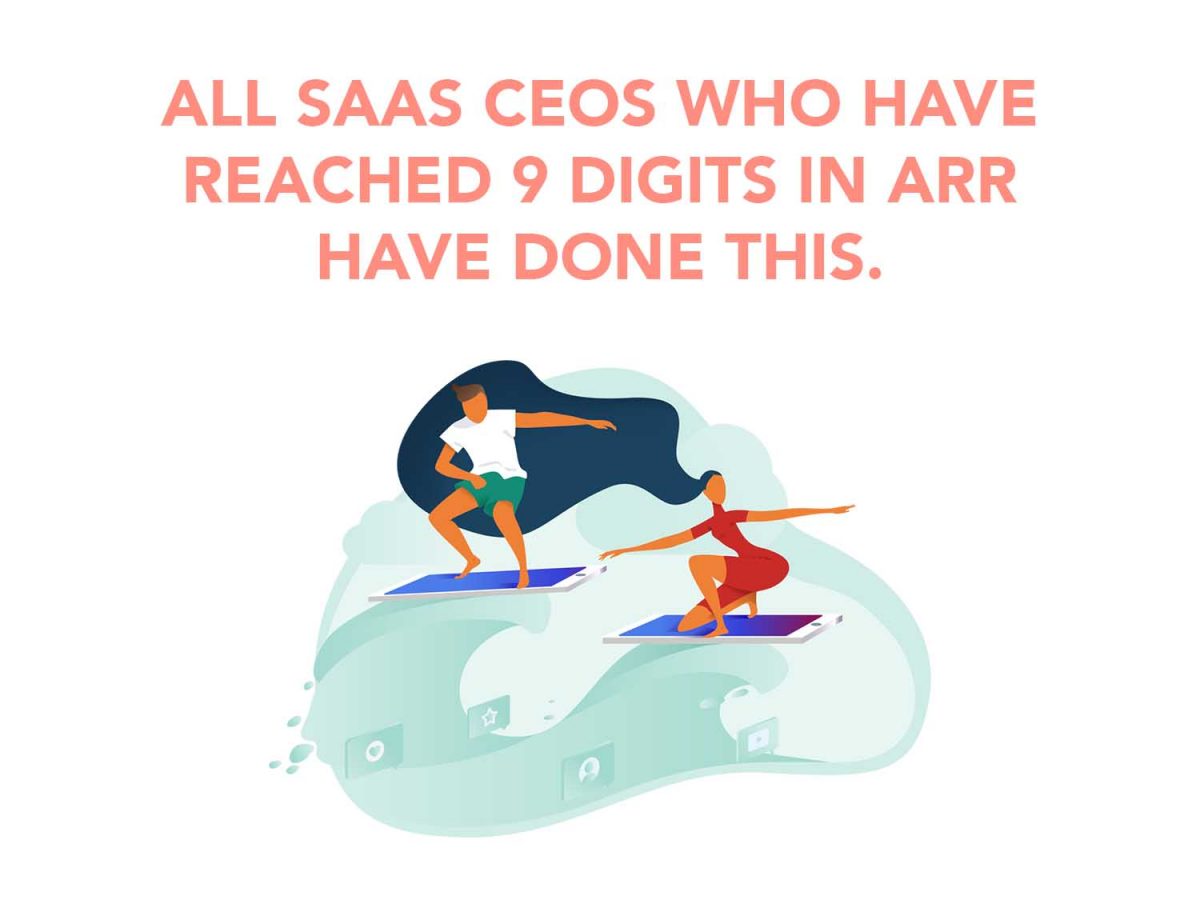 Everyone SaaS is pursuing scale. Every SaaS CEO has read stories about Uber/Airbnb/some other unicorn and said “Yes, that’s what I want. That’s what works”.

That’s all good and nice, but the only thing is that no one (i.e. fewer people) is pursuing non-scalable action anymore.

I’m not talking about grocery stores business owners or some other type of business.

I’m talking about SaaS companies. It’s within the DNA of a SaaS company to create scalable products.

How to go about creating SaaS scale

In my opinion, the best way to go about it is to have a plan for scale later, one that ideally can be implemented at this very second.

But at the same time reserve some time (a few months or maybe even a year) where you and the people around you do the unscalable work.

The one-on-one. It will be painful. You’ll think every second about switching into building mode so you can compile that solution that will scale.

But it’s like that idea of getting a shitty job when you’re young. Getting a job you won’t like so that you experience the pain of it.

Some have taken jobs like these because they had to, some were extremely wise (or had wise people around them to point out how beneficial it might be) and have taken upon the responsibility of exposing themselves to a job that they didn’t like, even though they didn’t have to.

Why? Just so that they can desensitise themselves — or rather make themselves more sensible towards what they like and what they don’t.

Ask anyone who has done this and they’ll confirm why it was a blessing in disguise.

The same story applies here. Having you go through “the unscalable” will enable you to do a better job at producing a well-working scalable product.

That’s the pitfall of scale. Applying a 10x to a 3 is significantly better than applying it to a 0.8. The pitfall is that everyone gets sparkly eyes when they imagine a 10x to a 0.8. What if we’re making that 0.8 a 3 first?

In a nutshell, what I’m saying is that making the “base”, the fundamental a 3 instead of a 0.8 pays its dividends.

Do that. Get your hands dirty. Very few want to do it. And who are those very few? Those who have grown businesses to +9 digits in ARR.