Here’s How A B2B SaaS Can Become More Profitable

In yesterday's post, I mentioned there's a second way to shift how your website helps your SaaS product's sales. 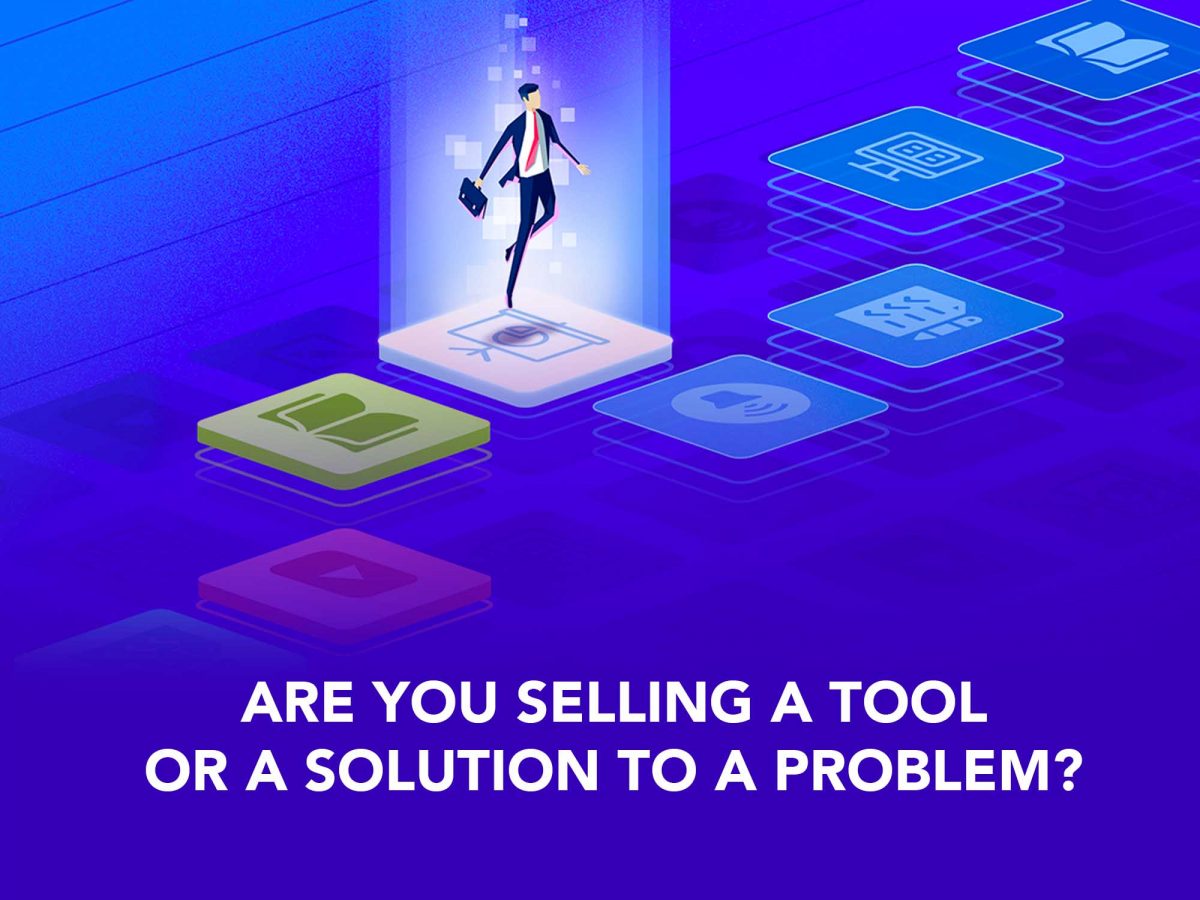 In yesterday’s post, I mentioned there’s a second way to shift how your website helps your SaaS product’s sales. I’ll:

The second way would mean talking directly to the person your product is looking to help.

Reasoning behind the solution

A lot of people imagine the website of a SaaS product is there so that it can sell to “everyone”.

Depending on who you’re trying to sell to, it can be either selling to more people (but not everyone) or to very few people. It can be boiled down to this:

What I’m proposing through my thinking is against human nature. The math doesn’t make sense when I say this: if your speech is addressing fewer people, your chances of conversion will increase.

The math thinking makes it pretty clear: the wider you go, the better the chances. I explained why the math shouldn’t be listened to here:

And then I have this other piece where I give 6 examples of self-selective speech.

If you didn’t read them, here’s the idea.

Vegan leather is a good example.

In essence, it’s what we called 5-10 years ago faux/synthetic leather. But the first name is a way of saying “fake” i.e. it’s “capitalizing” on a word with negative connotation and the second one is another way of saying artificial, so it’s not getting any better.

Vegan leather is an amazing word since it self-selects the audience. It shows a vision of the world and it speaks directly to those who have adopted that mission in their life.

Does it mean that if you’re not a vegan you’re not allowed to wear it? Absolutely not. In fact, what I didn’t say in the aforementioned articles is that once your focus is narrower, somehow it just so happens that the reach is wider.

This is what happens when you aim broad. In direct terms, when you’re “selling to everyone” — you aim irregularly and more often than not land nothing.

However, once you focus, you may not land the bullseye but we’re looking at an arrow that’s on the board.

Aim narrow and you’ll find your shots on the board. Aim wide and see what happens — but if you’re smart you’ll just look at the sea of companies who do that instead of learning by burning yourself.

In practical terms, that means having a headline like “Helping CFOs manage their SaaS product’s finances better”. It has a focus: CFOs of SaaS companies.

Now that I’ve explained the reasoning behind the idea, I’ll reinforce it: your SaaS’s website is not meant to “sell to everyone”.

If we’re talking about this solution, which is more likely to fit for B2B players, it’s got one purpose:

It’s a pitch for decision-maker. It speaks directly to her (so it can use ) and once she’s sold on the idea, she will use this pitch (i.e. the website) to convince her decision-makers.

She will use the website to support her claim in front of the CEO. The website will serve as the PowerPoint slides serve a speaker’s keynote.

The website pitch is one of the last pieces within the funnel, not the first. And every time these decision-makers have doubts, they go back to it to reinforce their disbelief.

This leads me to my concept of changing the structure of a website based on the stage of conversion of the client. And now I’ll link the “stages of conversion” article — sorry for linking so many, I do believe they’re valuable concepts as they took me time to learn them.

If the decision-maker is the CEO, then it could be the board she has to convince. If there’s no board, then you’ve hit rock bottom: they need to convince themselves — so make sure you do that.

Last piece of the puzzle: solving a problem

“Subscription Billing On-Demand” sounds cool but that’s a tool. Once your SaaS can solve a problem, then we’re talking higher revenue figures. And of course, the bigger (and harder) the problem you’re solving, the higher the payments you’re receiving.

All SaaS products solve problems, you might say. And that’s true. But the way you present yourself makes a difference, because it implies the level of responsibility.

MailChimp’s headline is: “Your business was born for this. Become the brand you want to be with smarter marketing built for big things.“

You might think it’s all glitter, no gold. But “become the brand you want to be” is the key. Yes, marketing is a tool. But they say it’s smarter marketing and they also mention how it’s used for “big things”.

They look like they solve a problem. Here’s the funny thing. MailChimp’s title tag (what you see written in the Chrome tab) is “Marketing Platform for Small Businesses” — that’s exactly how they would go if they were naming themselves as a tool.

See the correlation? Naming the tool is only relevant for SEO purposes but they didn’t put that in the headline. They took higher responsibility and looked at making SMBs “become the brands they want to be”.

Zoom is very loved these days and their IPO has been raved about. Here’s what they say in their headline:

They make a promise that bears a lot of responsibility on their side. If your video is not flawless, you talk to them and they get it done — it’s their promise.

And once again, their title tag shows us what headline they could have gone for but chose not to: “Video Conferencing, Web Conferencing, Webinar, Screen Sharing”. Add the word tool at the end of this and that’s what they dismissed.

They said no to that, chose more responsibility, chose to solve a problem and here they are $8 billion later.

Trello is not the best example as they’re not an expensive tool and a lot of users are on the freemium side but we can still have a look at them.

Their headline: “Trello lets you work more collaboratively and get more done.”

Trello doesn’t say “Product Management tool” — it tells you what you can get done with it. Work collaboratively is one and then “get more done” is number two.

Zoom, MailChimp and Trello are cool for examples but you might say “I’m not a big company yet”. That’s cool, here is one extra example.

Who are you selling to?

B2B? Change your website to convert the customer service VP, if that’s whose problem you solve.

Maybe it’s the Head of HR — talk directly to him with your text. It’s his PowerPoint deck of slides that he’ll present to his CEO.