Do We Really Need Yet Another Font Out There? 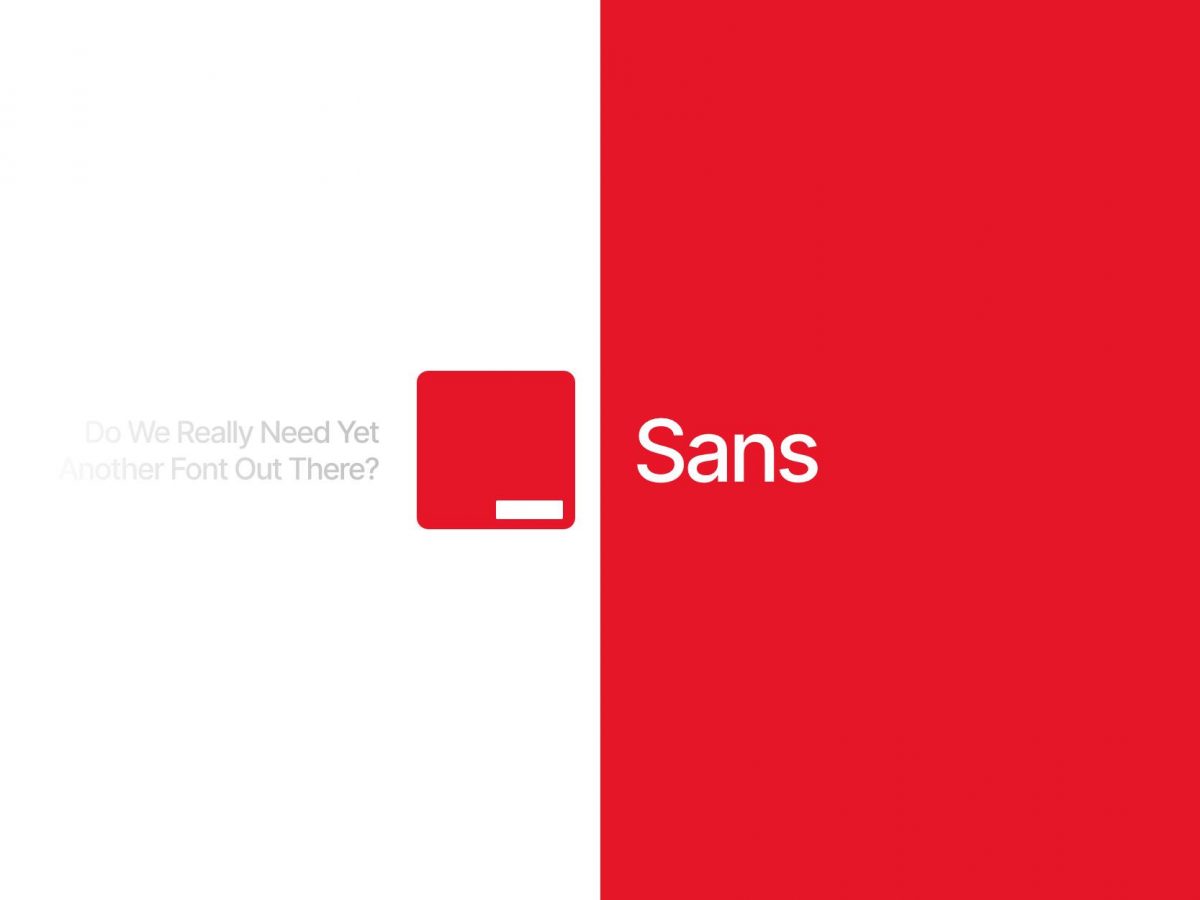 Do we really need yet another font out there?

That’s what I told myself as soon as I realised how interesting I’d find it to develop a new font.

I instantly ruled out instantly the idea of doing one just for the sake of doing it. It’d be based on vanity reasons, for one, and as a second argument, I wasn’t really attracted to making something there was no need for.

On making something there’s no need for

Yes, there are moments in life when you do things that are not needed — it’s called practise.

But I think that once you’ve got on your hands some duties that really impact people, it’s important that you distant yourself from that practising activity.

Not because it’s bad, but because of the cost of opportunity.

Every single day you postpone that duty for the sake of practising, fewer people are impacted positively. That implies you’ve got a channel through which you impact people — some have a channel like this, some don’t. Both are fine and there’s no better or worse position.

So, once again: if you’ve got some stuff on your hand that impacts people, don’t postpone it for these kinds of reasons.

I’m writing this to explain my thought process behind dismissing “I find the idea of creating a new font very cool”. Even though I ruled it out for myself, I said to myself the only way it might happen would be as part of a client’s project.

And that’d tick all the boxes: not based on vanity reasons (at least not mine… hmmm), useful, makes business sense and all that.

However… everything starts to come back.

The need for a custom font grows bigger with every day in a few of the projects we’re involved in. The need for the perfect geometric font.

I’ll put it this way: I don’t know yet if we’re going to make it but the idea keeps on growing. On top of that, it would be for utilitarian purposes and it would make business sense to go for it.

All I’m doing here is carving in stone the earliest day we can point back to if that font is made. Why? Because if we make it, it will be free and open-source.

As I’ve said in The Future Of Freemium, everyone makes something and as soon as it’s half-done they say “Give me $100 for it”.

I think that’s okay, if you need to put food on the table. But as soon as you’re past that point, you might be looking for some other things. Legacy is one of them.

From my position, to charge for a font would be a move I don’t really feel since:

If we make it open-source and call it “Chagency Sans” or whatever the name would be, we play our chance at making the font yet another point that brings attention to the agency. Another funnel that points attention towards our bucket.

Trading money for legacy. That feels like a better bet to me.

Yes, the attention would come mainly from designers — but I know the font we’d be making would probably be loved by startups. It would have the startup vibe for sure — that’s a must (maybe also because of what specific projects we’d do it for).

What does that mean? The right attention is attributed to us. Just like Get Startup Funding or probably this blog.

The funnel here would be:

Usually funnel pieces are made so that it directly gets the attention of the right people to you — a blog, a YouTube show, etc. This one is a longer funnel because part of the reward is also helping the designers.

I do believe one of my main theses in life is, as I’ve mentioned in the Future of Freemium, this idea of free funnels. But more on that at a later point in life. At the moment I’m not writing books.

Maybe we won’t make it, after all.

For the first font, at least, I want to make it free. Eventually, yes, as I get more mature, probably other things I’ll/we’ll make will be for sale. But for the time being, there’s enough energy to devote to things like this.

What I’ll do is this: keep on looking for open-source alternatives. IF, after many many tries there’s really nothing that suits these needs and if the feeling on the inside grows stronger, then that might just be what it takes to start doing it.