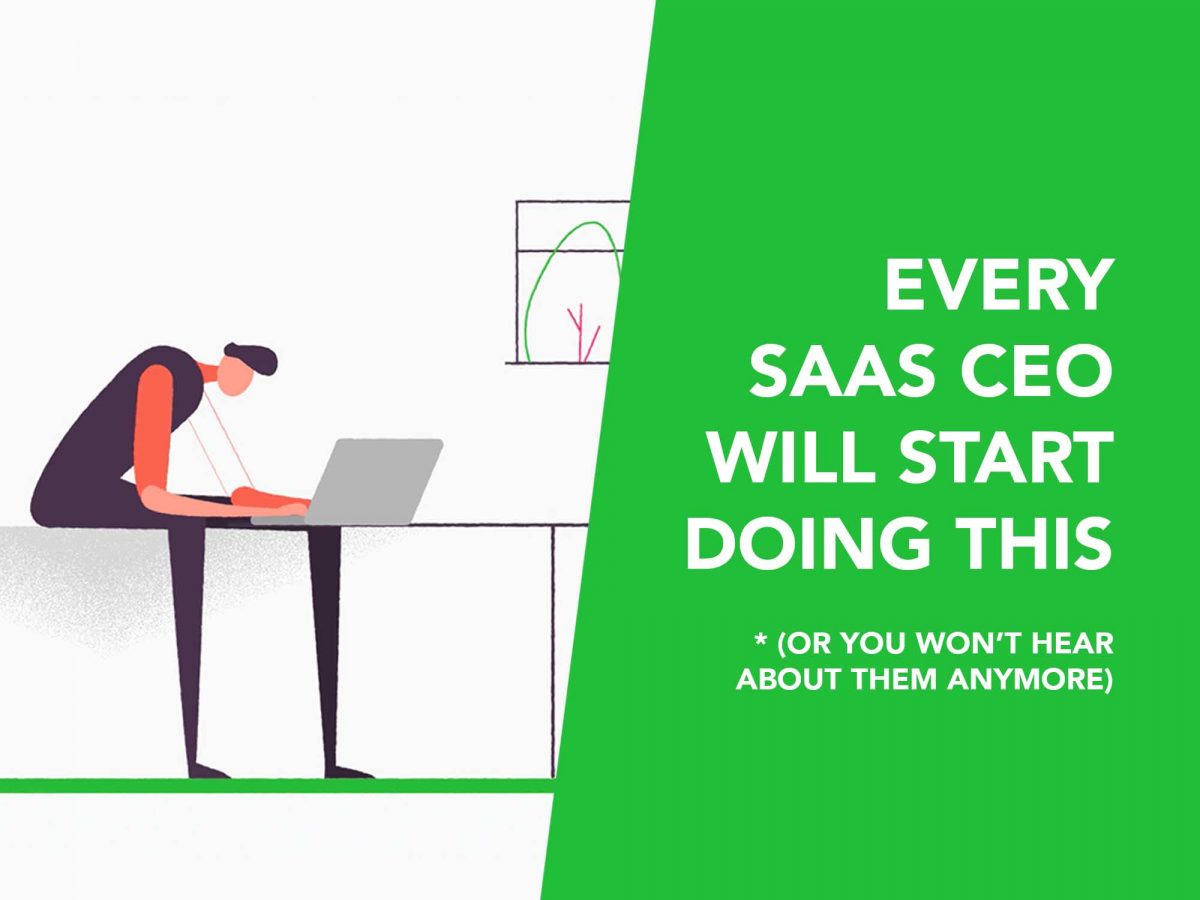 I do believe SaaS CEOs should write.

Write to their paying users. Personally.

Some might wince only by looking at the sentences above. Writing is a process where you can only get better with time (much like everything else in this world that’s worth doing), but let’s look at it this way:

If people are parting with their money monthly, money which goes into your company’s bank accounts, what keeps reminding them every month why they subscribed in the first place?

Yes, if you provide useless information, it will become a monthly generator of doubt in your user’s (and now reader’s) head — in the worst case scenario.

However, if you provide them something that’s actually helpful, it tightens the relationship.

Hear me out very closely on this one: I don’t know how old you are but if you’re under 40 and never plan to do this, you will see the advent of what I’m saying, be swallowed by the fresher generation and wish you’d have started doing it.

It will become the new standard. Much like Coca Cola or whoever came up first with an effective advertising-branding campaign set a standard (and now everyone does or wants to do branding), the same thing happens here. A new wave of business practices is pushed out, some were at the forefront, and then everyone starts doing it.

You can still be at the forefront of it.

It’s community management, in a sense. It’s you, the CEO, talking directly to your paying users (or all of them, actually) via whatever channel you prefer. I’m thinking of email but it’s up to you.

Build a community and make it personal. Maybe they just hear you and can’t hear each other (like email would be).

And hey, I didn’t say “classic company newsletter”. I mean you, the CEO, writing to them and dropping your signature at the end (digital signature, see mine in the footer).

The more personal you can make the connection, the better. I said here:

Number 3, already mentioned in this article (and in 40% of my articles) — reaching out. What would you rather talk about? The CEO of Shake Shack that sent you an email or Jeff Bezos’ divorce?

You’d be the CEO of Shake Shack in this case — people would love having that sort of connection over reading about Jeff Bezos.

And with today’s technology, it’s a few clicks away from you.

The best part? No one is doing it. Or very few. It’s a matter of helping yourself. The bad part? More and more will start doing it, and once it becomes a thing, it will have the course of Coca Cola’s branding — everyone will start to do it.

Think email: it was cool in the beginning, now everyone is on it and some people ruin it. Same thing will happen here.

Start with a batch of 10 people if it seems like too much.